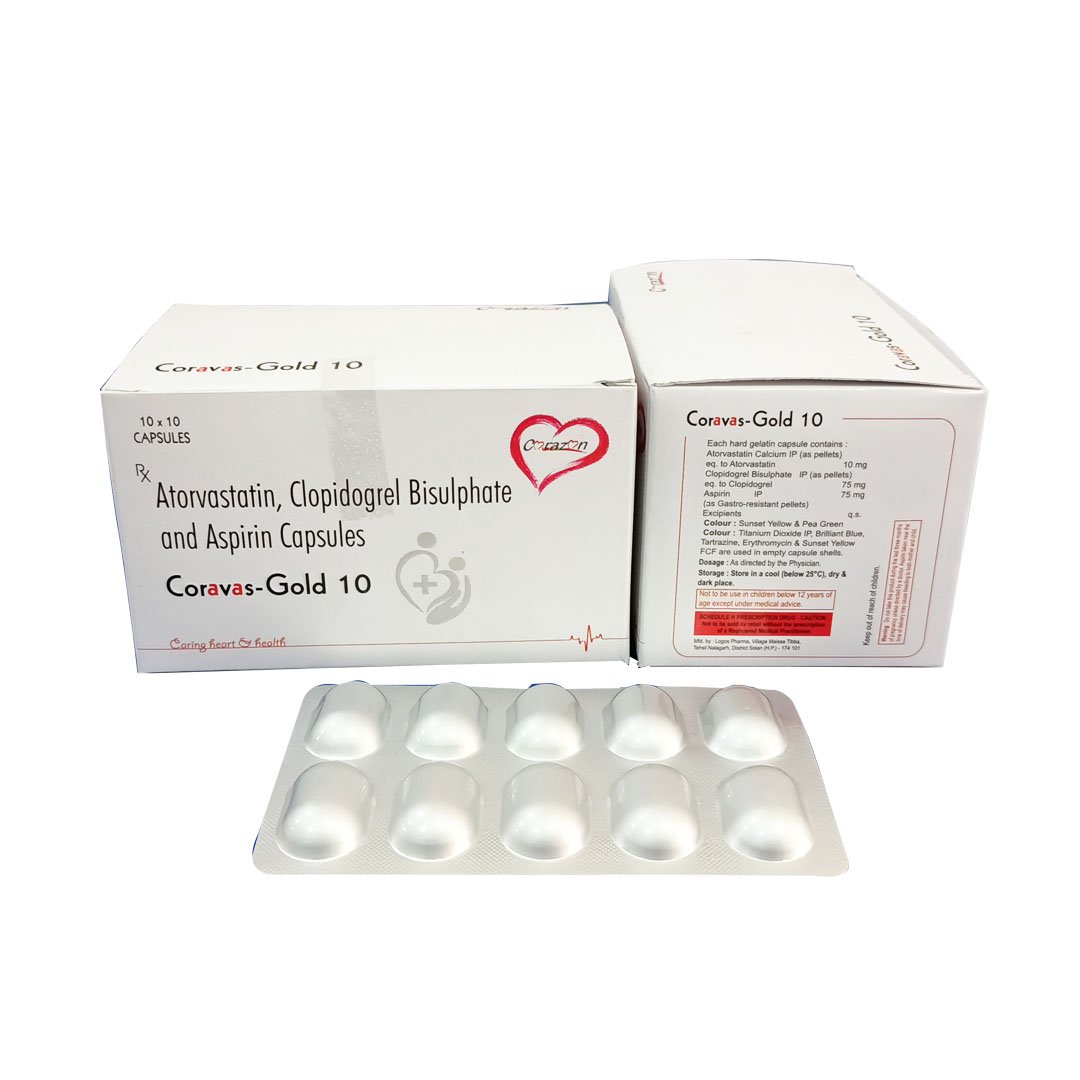 CORAVAS  Gold 10  includes Atorvastatin 10mg, Clopidogrel 75 mg and Aspirin 75 mg.
Atorvastatin belongs to ‘statin’ class of drugs. These drugs are used in maintaining the lipid profile and prevents the events associated with cardiovascular diseases.
Clopidogrel is a prodrug of a platelet inhibitor used to reduce the risk of myocardial infarction and stroke.
Aspirin is used to prevent a first heart attack in people with heart disease risk factors, such as diabetes and high cholesterol.
Indications
• It is indicated in the management of primary hypercholesterolemia, combined hyperlipidemia, heterozygous or homozygous familial hypercholesterolemia
Mechanism of action
Atorvastatin produces its action by acting as HMG Co A enzyme inhibition which converts 3-hydroxy-3-methylglutaryl-coenzyme A to mevalonate, which is a precursor of cholesterol and sterols.
Clopidogrel is metabolized to its active form by carboxylesterase-1.The active form is a platelet inhibitor that irreversibly binds to P2Y12 ADP receptors on platelets. This binding prevents ADP binding to P2Y12 receptors, activation of the glycoprotein GPIIb/IIIa complex, and platelet aggregation.
Dosage
As prescribed by the physician.
Pharmacology
Absorption
Atorvastatin attains its peak plasma concentration attains in 1-2 hrs after oral administration. The bioavailability of the drug is approximately 14%. The presence of food affects the drug availability.