Introduction
Enoxaparin is a common low-molecular-weight heparin (LMWH) used in the prevention and management of various thromboembolic disorders. Initially approved by the FDA in 1993, it is administered by a subcutaneous or intravenous injection and marketed by several pharmaceutical companies.10 Enoxaparin markedly reduces the incidence of venous thromboembolism in hospitalized patients when compared to unfractionated heparin, without increasing the risk of serious bleeding
Indications
Enoxaparin is indicated for the prevention of ischemic complications in unstable angina and in non Q-wave myocardial infarction; it is indicated in conjunction with percutaneous intervention and/or other treatment for the management of acute ST elevation myocardial infarction. 10
Enoxaparin is also indicated in the prophylaxis of DVT in abdominal surgery, hip replacement, knee replacement, or medical patients with severely restricted mobility during acute illness. Additionally, enoxaparin is indicated for the inpatient treatment of DVT with or without pulmonary embolism and the treatment of outpatient DVT without pulmonary embolism

Mechanism of action
Enoxaparin binds to antithrombin III, a serine protease inhibitor, forming a complex that irreversibly inactivates factor Xa, which is frequently used to monitor anticoagulation in the clinical setting.8 Following factor Xa inactivation, enoxaparin is released and binds to other anti-thrombin molecules. Factor IIa (thrombin) is directly inhibited by enoxaparin, however with less potency than unfractionated heparin (UFH). 6 Due to the cascade of effects resulting from enoxaparin binding, thrombin is unable to convert fibrinogen to fibrin and form a clot, preventing thromboembolic events.
Dosage
As prescribed by the physician.

Pharmacology
Absorption
Mean absolute bioavailability of enoxaparin, after 1-2 mg/kg given subcutaneously is approximately 100% in healthy volunteers. The absorption of enoxaparin is proportional to the dose, demonstrating linear absorption.
Distribution
The volume of distribution of enoxaparin is approximately 4-5L, similar to normal blood volum
Excretion
Enoxaparin is mainly excreted by the kidneys.4 Renal clearance of active fragments represents about 10% of the administered dose and total renal excretion of active and non-active fragments 40% of the dose
Precautions
This medicine may increase your chance of bleeding or bruising. Check with your doctor right away if you notice any unusual bleeding or bruising; black, tarry stools; blood in the urine or stools; or pinpoint red spots on your skin. Avoid picking your nose 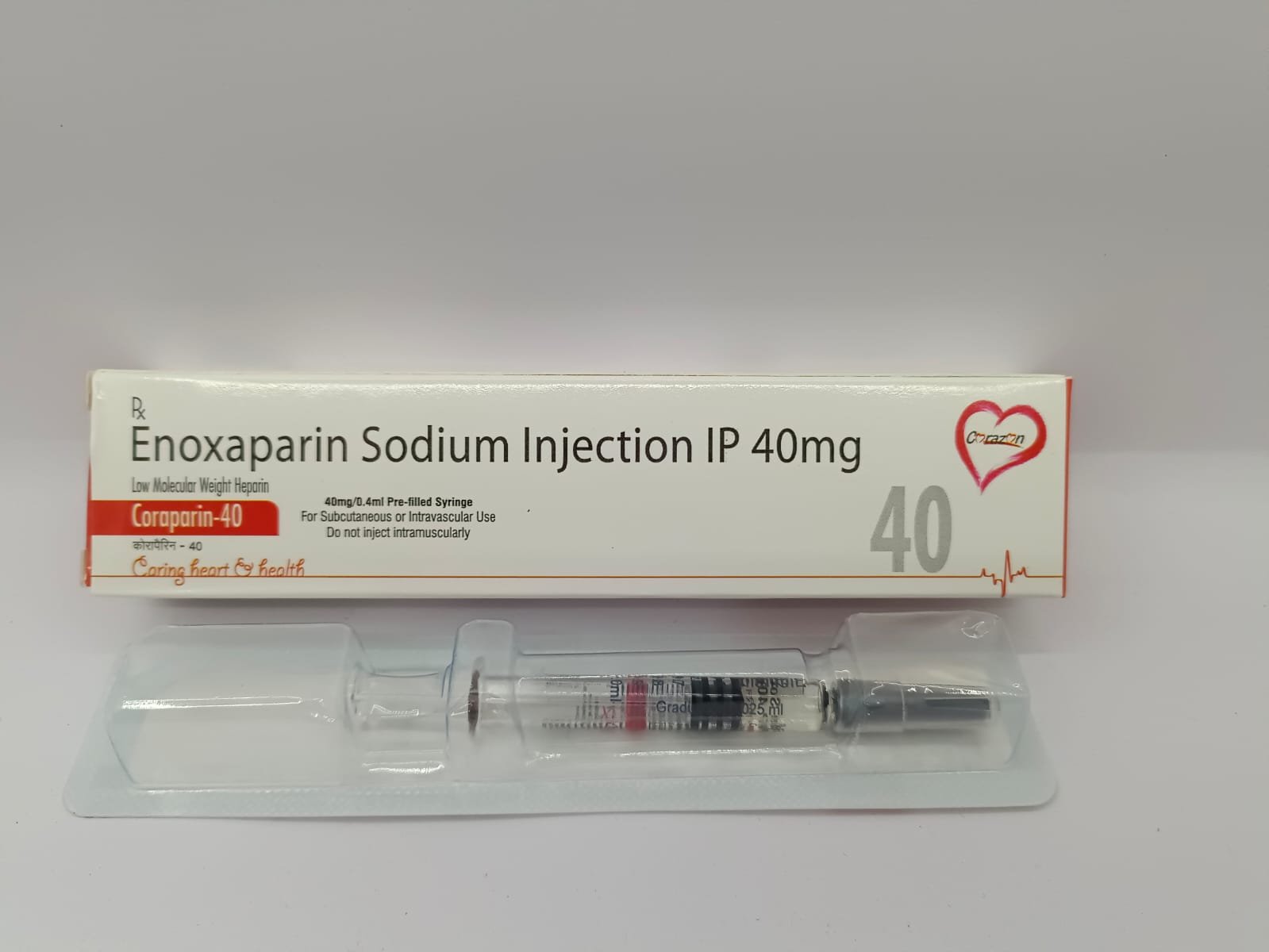